kicking around the idea of building a center log

kicking around the idea of building a center log

Like the topic says, we have been kicking this idea around for awhile now. It would be built using glass over wood using the stitch and glue method with bulkheads for structure. We have built 2 smaller skiffs this way in the past and have been looking for a new project. Still in the planning stage at this point to see if this is even viable.

Initial design is a 28" high log with a 21 degree deadrise with flat 3" chines. The thought process is to build it in 3 sections(due to heated space constraints) that can be bolted together. Not ideal, but it's what we have to work with right now. 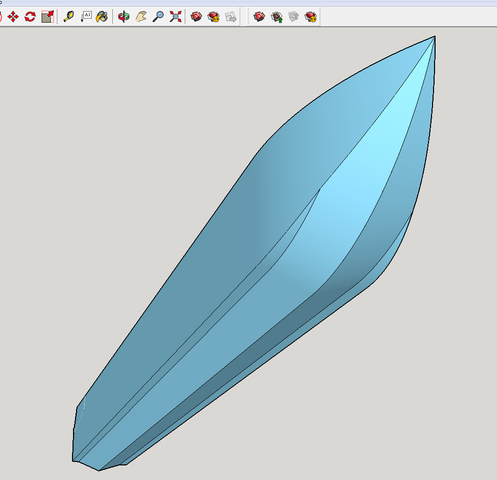 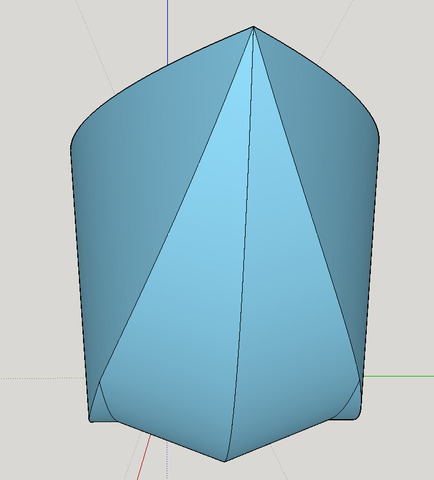 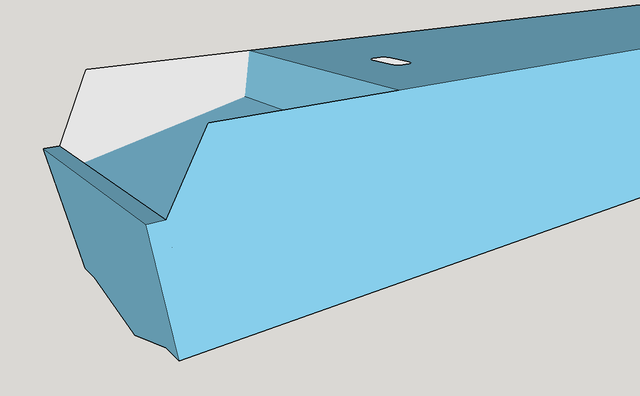 Looks like it will work. I did it with aluminum. I like the flat chines and they will give you lift.

Not familiar with the wood and glass construction and a little bit concerned about the motor mount holding the motor. But I'm sure you have figured out what it will take.
1995 beachcomber conversion to tritoon with Honda 135 ,

This initial design will put the center log about an inch below the 23" outer logs. I may wan't to go lower but not really sure for now. No setback is planned for the initial build.

I threw in a couple pics of the center part of the log build plans to see what you think. Using 9mm ply/glass/epoxy, the whole log should weight around 450lbs. Not light, but acceptable.

This is all just preliminary and open to suggestions. I am in no way a boat designer. The first 2 builds we did were from plans. 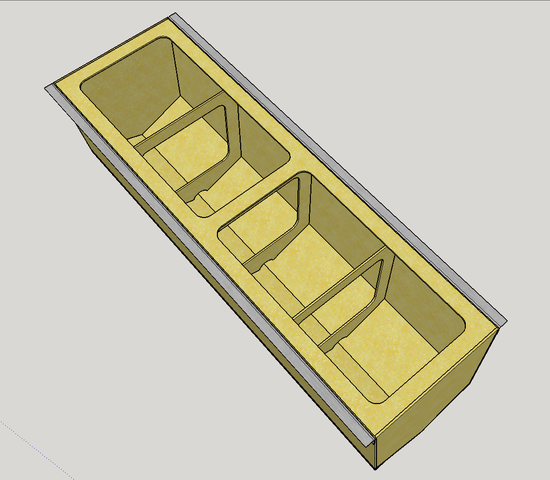 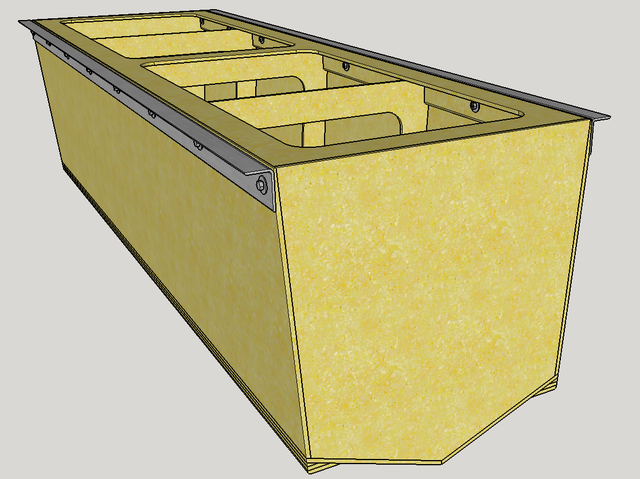 [quote="RcgTexas"]Looks like it will work. I did it with aluminum. I like the flat chines and they will give you lift.

Not familiar with the wood and glass construction and a little bit concerned about the motor mount holding the motor. But I'm sure you have figured out what it will take.[/quote]

Think fiberglass boat construction in terms of strength when it comes to the transom. The glass is the strength more than the wood.
Top

I know what your construction methods are. My biggest concern would be with the weight of the plywood and fiberglass toon with the internal supporting structure with a big gas tank. An aluminum full length center toon is around 350 lbs.

The thing is that these boats are very weight sensitive. It's easy to screw up their balance where the boat will run nose low, nose high or even not lift properly. Sometimes the rear end will lift too high too.

If it's speed you're after, just look into engineering a set of lifting strakes for your boat.
'12 Bennington 24' SSLX Yamaha 150
Top

It's the adventure we are after and we like to build. We currently have a toon that we rebuilt last year with a 16' merc 115ct outboard on it as our primary toon. We are plenty happy with that for our daily use.

We also were given a 24' basket case with a broken transom(unfixable) from one of our friends mid summer this year and really wan't to play with it. I have a rebuilt johny 140 just sitting around waiting to be put on something and the basket case would be a great project for that. We are always tinkering and building and have a full woodshop to work with it.
Top

The weight will not produce the speed you would get with a lighter center log but mine( 1/8 aluminum) works well, and will plane quicker than anything I have ever seen.

I was going to mention the lack of a way to attach the log to the transverse frames, but the pics you posted later show some angles, so that's ok. just make sure they are at least salt water grade aluminum. I personally would use no less than 1/4 inch angle.
1995 beachcomber conversion to tritoon with Honda 135 , 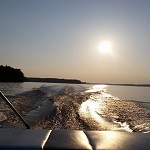 A couple of thoughts here. First, if you are worried about weight you could use something like Coosa board which is around 40% lighter than plywood and being used on a lot of transom replacements. It's expensive but lighht and won't rot. I would also considering filling it with foam for added insurance and sealing the top unless you are going to do them as storage. As far as the best way to attach them to one another in would look at how Armstrong brackets are mounted and replicate that. Basically they are bolted with massive washers and a lot of 5200.

As far as the center toon being an inch lower I can give a little feedback that may help you some. Our Cypress cay (basically a Harris) has the performance package with the 1 inch lower middle toon and lifting strakes on the inside of the outer toons and both sides of the inner toon. The one con I have found is that the boat rides a little more like a v hull when on plane as far as taking waves. By this I mean it has a little more side to side action and sometimes you can feel the middle toon dig in to the bigger waves instead of cutting through like a more traditional tritoon does. This can be a plus in some size waves but I've found it a little rougher in other conditions and boat wakes. The pro is that unlike more traditional tritoons I can nearly lay the rubrail in the water if I turn hard at higher speeds. I've also been on a boat with the more aggressive drop (3inches I think) and it was able to take advantage of the sharp turning at lower speeds than I can. If you are already dropping it I'd go to the 3 inch drop if you're comfortable with it. You could always drop or raise it with bigger or smaller angle aluminium later on.

As far as setback the faster toons I've been on seem to have a little more setback. If it's a thrill you are looking for you could also look at building a more aggressive version of the pontoon water glide. The easiest way to get a thrill is to have some massive lifting strakes added and make it a two toon speed demon. A friend striped down a boat and added 4 inch lifting strakes on all sides of a two toon boat. He copied the motor pod like Bentleys use for their high horsepower express tube boats. It's 10 or 12 feet in total length if I recall correctly. He then put a 225 ficht evinrude on it and it runs in the 60's. Still playing with the prop and Jack plate. If he had a tuned prop and made the engine a little hotter I have no doubt you could run in the 70 mph range, but it would be scary. Even with a 150 I think he'd run in the high 40's or low 50's with his setup. The thing about a two toon boat with strakes is that with the right hp it absolutely leaps on plane. When we were testing the boat with a lower pitch prop that had it in the fifties he could do a rolling start and hit 20 mph in the time it took my GPS status app to refresh speed. It was nuts.
Top

Did this project ever go anywhere? Results?

I may do similar. Curious about the V bottom and chine flats, lot of extra work and I wonder about dividends vs a flat bottom for a center log.
Top
Post Reply
9 posts • Page 1 of 1

Return to “Pontoon Rebuilds and Restorations.”